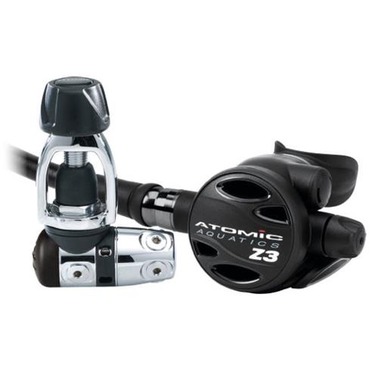 The “Z” designation is represented by the use of Zirconium as plating material for the precision machined Brass valve body. Atomic developed a Zirconium over Chrome over Brass plating process to deliver corrosion-resistance 3-4 times that of conventional chrome plating. The Z Series second stage lever, orifice and spring are Titanium.

The Z Series is our most compact and economical regulator system. But its rare combination of performance, ergonomics and materials is unmatched by competitors at any price. The Z Series gives divers the assurance of the same Limited Lifetime Warranty as all Atomic regulators.

Please fill in your details below.